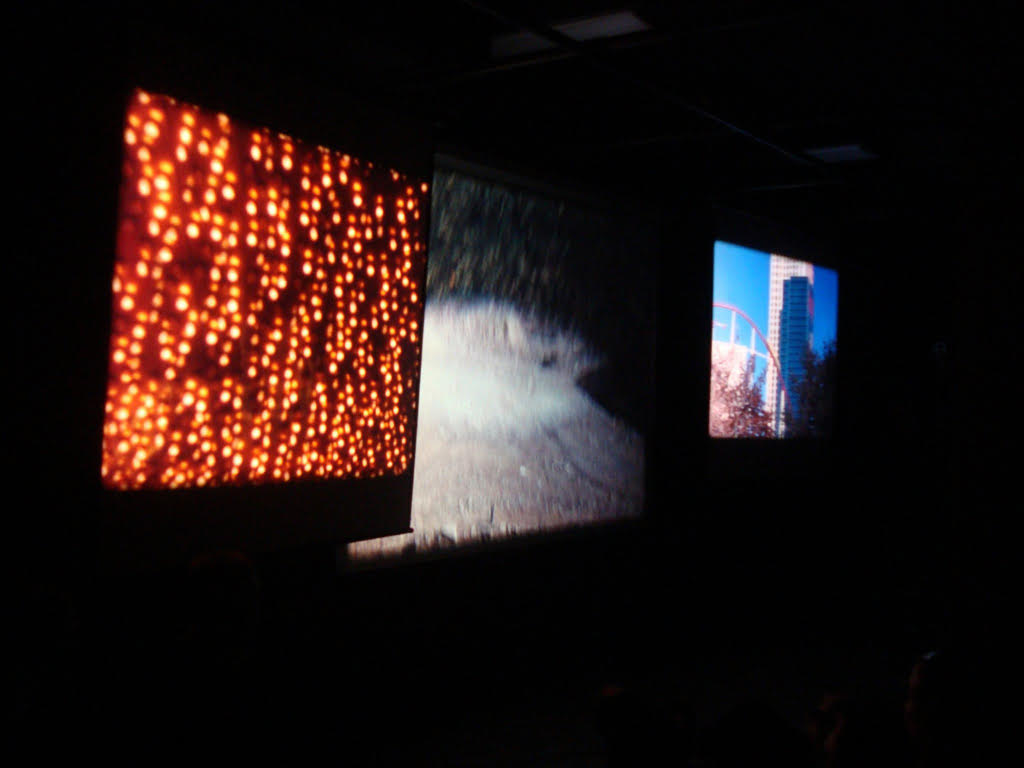 The Dikeou Collection welcomes Collective Misnomer as they present Roger Beebe in person. This event is open to the public and will take place on Wednesday, March 6 at Dikeou Pop-Up: Colfax, 312 E Colfax Ave. Doors open at 7:30 pm. For the past two decades, Roger Beebe has criss-crossed North America doing literally hundreds of shows of his films and videos. He makes his first appearance in Denver to offer up a program of his Greatest Hits, most of which are Denver premieres. The films stretch from his super 8 “Strip Mall Trilogy” (2001) to his recent “Comic Sans Video” (2018) and includes several of his multi-projector films including the laser-printed “TB TX DANCE” (2006), his meditation on the Las Vegas suicides and urban planning “Money Changes Everything” (2011), and the elegy to alphabetization “AAAAA Motion Picture.”

Roger Beebe is a filmmaker whose work since 2006 consists primarily of multiple projector performances that explore the world of found images and the “found” landscapes of late capitalism. He has screened his films around the globe at such unlikely venues as the CBS Jumbotron in Times Square and McMurdo Station in Antarctica as well as more likely ones including Sundance and the Museum of Modern Art with solo shows at Anthology Film Archives, The Laboratorio Arte Alameda in Mexico City, and Los Angeles Filmforum among many other venues. He has received many awards including residencies at the MacDowell Colony and the Headlands Center for the Arts and Individual Artist Grants from the states of Florida and Ohio. Beebe is also a film programmer: he ran Flicker, a festival of small-gauge film in Chapel Hill, NC, from 1997-2000 and was the founder and Artistic Director of FLEX, the Florida Experimental Film Festival from 2004-2014. He is currently a Professor in the Department of Art at the Ohio State University.